Dr. Dan Streja’s office is filled with photos of his family. His five grandkids are all around the room grinning at him from picture frames. He smiles remembering when he first came to live in the United States.

“What was a surprise was how friendly people are … how easy it is to navigate everything,” he said.

“I was trained from age five to give shots to pillows … to be a physician. My father’s dream had been that I will be a professor of medicine somehow,” he shared.

Today, Streja is a clinical professor at UCLA’s David Geffen School of Medicine. He’s practiced medicine for over 40 years in the United States and has a clinic in West Hills, about 25 miles north west of Los Angeles. He is still active in research and has published over 46 papers and co-authored four textbooks during his career.

But Dr. Streja’s life was not easy. When Nicolae Ceaușescu took over Romania, Dr. Streja said he knew things had to change.

After spending some time in Winnipeg, Canada, Dr. Streja and his wife, Lidia decided that it was time to move to a warmer place. They headed south, directly to Los Angeles, California.

“It looks like everybody here does what they want. I mean, everyone can keep their own traditions. In other countries that won’t work. You can do it but … it is not something that they will promote. Here … I might not agree with you but I’ll give my life. That’s … the American principle,” he said.

Dr. Streja and his wife raised their family in Los Angeles. They had one son and twin daughters. David, Elani and Leanne have excelled within their own fields, too, Streja said. Elani Streja is an epidemiologist and professor at UC Irvine. Leanne Streja Goldstein is a statistician for Deloitte. David Streja was a businessman and director of Infosphere Clinical Research. David passed away in 2017.

“There is a Romanian poem that I learned by heart and I’m repeating it over and over again. It tells the story of the pain of parents. It’s about a father and mother who are mourning … everything that’s normally happening when something like this happened,” he said.

Dr. Streja said he doesn’t think he will ever leave Los Angeles. He’s never returned to Romania because he doesn’t feel like he belongs.

“I don’t hate the Romanian people. It’s not their fault. But somehow they made me feel that I’m not part of them.” 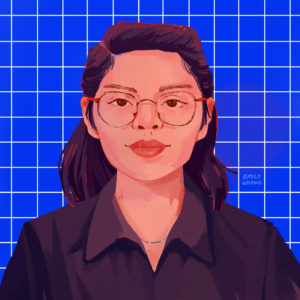 Andrea Tanchez is a Guatemalan-American journalism student at California State University, Northridge. She graduates May of 2020 with a bachelor’s in journalism and a minor in Japanese. She is the executive producer for Valley View News for Fall 2019 and Spring 2020. Andrea is interested in stories that deal with immigration and other international news.