John McFadden knows the exact moment he wanted to become a scuba diver — at the age of 10, while watching “Thunderball,” the 1965 James Bond movie.

“In fact, I contacted people to find out how I could buy the wetsuit that James Bond wore during the movie,” McFadden said.

It wasn’t until five years later at age 15 that McFadden took his first dive in the frigid waters of the Irish Sea: “It’s not a very nice experience,” he said, but he was hooked. Yet McFadden started his work life as a medical photographer, not in the water.

His career took him to a teaching hospital in Riyadh, Saudi Arabia, a country renowned for its gorgeous coral reefs and 100 foot visibility. The diving was easy; the catch was getting there. “You couldn’t move around freely,” McFadden recalled, he had to apply for a permission letter from his employer in order to travel inside the country.

Despite this challenge, McFadden became a scuba instructor and — during his free time — taught hundreds of students how to dive in the Red Sea. McFadden went one step further. He became certified to train instructors through a program with the Professional Association of Diving Instructors (PADI), the world’s largest scuba diving training organization. “Then I realized that I was really, really interested in doing this … as a career.”

At the time, the two best scuba training facilities in the world were located in Florida. McFadden and his wife decided that after a decade of living in Saudi Arabia, it was time for a change, both in culture and career. So the two of them made the move to Florida in 1998.

“I would say that you experience reverse culture shock when you return back to a western country,” he said. “That’s exactly what we experienced, I think. But it was a very, very pleasant shock.”

After a few years in Florida with the luxury of diving four or five times a week, McFadden accepted a job at PADI’s world headquarters in Rancho Santa Margarita, California. He is currently working as a quality management consultant, where he makes sure PADI scuba instructors are teaching up to standard. He considers himself an Irish-American and got his U.S. citizenship “since this is now my home,” said McFadden.

Even without knowing it, McFadden’s journey was always about the diving.

John McFadden diving outside the mouth of a reef cavern on one of his many trips to the Red Sea. (Photo courtesy of John McFadden) 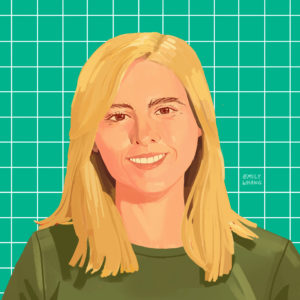 Elaine Sanders is a Ventura local and art major at California State University, Northridge with an emphasis in photography and design. She’s an aspiring magazine photographer who is currently working at the Sundial as a video editor and head graphic designer. Much of her reporting has been focused on protest coverage and environmental justice. With a passion for travel, she has visited numerous countries and gained a spark for sharing stories, especially from those who are not often heard.